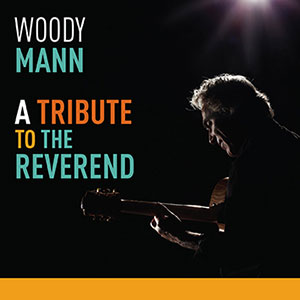 In this set of original compositions and arrangements, Woody Mann pays homage to his teacher Rev. Gary Davis, the legendary Blues, Ragtime and Gospel guitarist. Mann takes the Reverends music and creates an artful original masterpiece that captures the essence of Davis’ musical depth but never imitates. From the classical sounding “Requiem” and the spontaneous solo improvisation of “Have Mercy” to the swinging duet version of “There’s Destruction in this Land”, Mann shows us how well he learned those lessons in the Reverends living room when he was a teenager. New York bassist Brian Glassman joins him for the duets. Woody’s incredible fingerstyle technique is perhaps only outdone by his ability to compose and arrange. He eloquently sets each song with stunning harmonic and melodic phrasing and cool dynamics and rhythmic groove. Although his roots start in the ragtime blues of Rev. Gary Davis, he has internalized so many different genres that he can draw from several styles and techniques within a single song and blend them in a way that is more than the sum of its parts, it is a style all his own.